Sis, sip-on this... Have you found yourself in the midst of a dilemma, a situation, or circumstances that was so far from how YOU, planned it? I get it.

We have dreams, aspirations, and goals, and one curveball can lead us into a tailspin, pity party, or worse, it can cause us to throw our hands up as a sign of "jump-ship" because this is NOT how we planned it?! I can relate.

Today, I am a single mother and if you would have asked me 8 years ago, I would have denied it, been bitter, or worse reinventing the same scenario in my life in futile attempts to "save my image". But what if... even the most unplanned turn of events was for a BIGGER cause? But because we are so tunnel visioned we can only see the outcome WE have orchestrated with our own mind & hands.

This brings to mind a biblical situation that had a less popular start but a magnificent ending. The birth of Jesus, which we celebrate and acknowledge today as Christmas.

Sis, take another sip... what if you were Mary or Joseph in this story?
"Mary, was engaged to be married to Joseph. But before the marriage took place, while she was still a virgin, she became pregnant through the power of the Holy Spirit." Matthew 1:18

Would you run for the hills? Contemplated, calling the wedding off? Throw a fit? Fearful? Well, Joseph considered these thoughts too. Take a listen:
"Joseph, to whom she was engaged, was a righteous man and did not want to disgrace her publicly, so he decided to break the engagement quietly." Matthew 1:19 NLT.

However, before Joseph had a fit and called things off, divine intervention occurred:
"As he considered this, an angel of the Lord appeared to him in a dream... When Joseph woke up, he did as the angel of the Lord commanded and took Mary as his wife." Matthew 1:20 & 24 NLT

Sis, even though you may not personally plan out every single detail, and your circumstance doesn't fall into the way YOU planned it, can you pause and allow divine intervention?
Consider a different outcome as you pray because God's higher plan could be the biggest gift for you and others!
"She will bear a Son; and you shall call His name Jesus, for He will save His people from their sins." Matthew 1:21 NLT 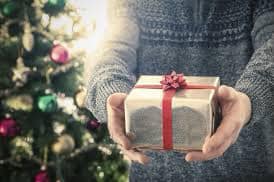